Through the link here on the right, you can find an extensive glossary of terms which frequently occur in the PAC Project, European energy policy and scenario building processes,  as well as a List of abbreviations and units.

An energy scenario is a quantified description of an energy future. Such an energy future is usually first described as a qualitative storyline. This storyline is then converted into a scenario by creating a set of coherent quantifying assumptions on factors such as energy mix, available technologies and their costs and energy demand and supply. A scenario usually contains limiting framework conditions (e.g. fossil fuel phase-out). A scenario provides its full information value once it has gone through the process of modelling, e.g. on which share of electricity will be covered by which generation technology or resulting GHG emission reduction of a scenario.

In the context of transmission infrastructure development under the Ten-Year Network Development Plan (TYNDP) carried out by the ENTSOs (European Network Transmission System Operators for Electricity and Gas), a market model provides information that clarifies which supply sources would respond to a given demand. A grid model then looks into infrastructure constraints, identifying physical bottlenecks to what the market model suggests and, in turn, the specific infrastructure needs.

Energy scenarios are a key tool in the decarbonisation of the energy system, as they help us to see how a sustainable future system could look. They contain a set of assumptions, for example about future energy demand, energy efficiency and available technologies. These, in turn, determine the input parameters which are fed into the modelling process.

In the context of the TYNDP, modelling the scenario allows for the calculation of the energy infrastructure necessary in order to satisfy supply and demand as described in a given scenario. The assumptions which make up a scenario therefore play an important role in prioritising infrastructure projects. Once being integrated into a TYNDP and subject to a cost-benefit analysis, infrastructure projects can apply for the status of ‘Projects of Common Interest’ (PCI). If an infrastructure project is labelled as PCI, it can enjoy special privileges such as an accelerated permitting timeline and eligibility for designated funding support. In order to reach the Paris climate goals, it is vital that the infrastructure that is prioritised in the coming years corresponds to a Paris Agreement-compatible energy world. Thus, getting the energy scenarios right is vitally important in enabling us to stay below the 1.5°C threshold and making sure that we do not build grids that lock Europe into burning fossil fuels.

Collaborative scenario development, e.g. public consultations with environmental groups, can help ensure that they include holistic, cross-sectoral considerations and are free from bias (e.g. towards a particular sector). This in turn makes them more aligned with the interests of a larger section of civil society e.g. regarding climate change, and therefore more acceptable. Furthermore, any scenario is a projection of an insecure future and cannot claim ‘correctness’ or stability. In our fast-changing times, the assumptions that make up a scenario need to be regularly reviewed. In doing so, we need to continuously combine expertise across sectors and across society, to keep track of relevant ongoing or desirable developments of technology, social behavior or business models. New insights need to be reflected in scenarios. TYNDP scenarios have been criticised for not being aligned with the 1.5°C Paris target, which is an official political ambition. There is therefore a risk that the current TYNDP scenarios – and the conclusions drawn from them – favour infrastructure investments which are not a building block towards reaching Paris targets.

The ENTSOs are the two main European bodies for energy transmission infrastructure, the European Network of Transmission System Operators for Electricity (ENTSO-E) and for Gas (ENTSOG). Their creation was mandated under the EU’s Third Energy Package (Regulation (EC) 714/2009/Regulation 715/2009), which sought to open up Europe’s gas and electricity markets through a process of unbundling of generation and transmission, and enhanced cross-border interconnection. The mandated aim of the ENTSOs has henceforth been to promote closer cooperation between Europe’s electricity and gas transmission system operators. A key function of the ENTSOs is their assessment of energy infrastructure investment plans, which they publish in their respective TYNDPs (see question above). They therefore play a central role in the planning of Europe’s energy infrastructure.

The electricity and gas TYNDP is the only pan-European assessments of energy infrastructure projects. They construct a range of possible futures or scenarios – which allow them to evaluate the need for development of electricity and gas infrastructure projects. The TYNDPs therefore have a strong guiding function for decisions about future grid infrastructure investments and help qualify projects for status of Project of Common Interest (PCI), i.e. projects identified by a European Commission-led process as of pan-European interest. The TYNDPs are completed every two years and encompass:

The PAC consortium consists of Climate Action Network (CAN) Europe (+170 NGO members across Europe), European Environmental Bureau (EEB) (+170 NGO members across Europe), Renewables Grid Initiative (RGI) (12 NGOs and 12 Transmission System Operator members) and REN21 (+80 members with an international focus from civil society, academia and research, governments, industry and intergovernmental associations). The PAC Scenario is being constructed by CAN Europe and the EEB, drawing on the expertise of their broad, civil society-based network of members.

Our “Paris Agreement Compatible” scenario seeks to demonstrate how a decarbonised, renewables-based energy future is possible and maps out the necessary steps to making this hypothetical future come true.  With the affirmed support of a broad coalition of actors, it provides information to policy makers while being a political request for an energy future to aim for.

Collaborative, civil-society based workshops are a central tenet of the PAC project. This is how the project team reaches out to civil society, industry and technical experts to better understand what a Paris Agreement compatible energy scenario for Europe could look like. The workshops also act as an important forum for organisations working on energy and climate issues to exchange ideas and to grow our collective knowledge. The PAC project organised two different workshop series, Modellers’ Exchange Workshops and Scenario Workshops. The former brought together experts from the modelling community and stakeholders with a strong interest in modelling and each workshop focussed on a distinct challenge in modelling a future energy system. The latter allowed participants from civil society organisations to discuss assumptions on e.g. energy generation mix, consumption patterns, prices, technology development (among others) to develop a robust PAC scenario. Inputs, discussions and presentations from these workshops can be found in the ‘Workshops’ section of this website.

To get in touch with us, please write to us on info@pac-scenarios.eu

The PAC Consortium is also looking to engage with global experts to exchange ideas on how to make energy scenario development and infrastructure planning accessible to a broader group of stakeholders and is therefore collecting international experiences  on collaborative infrastructure planning. We would be glad to hear from you in this regard. 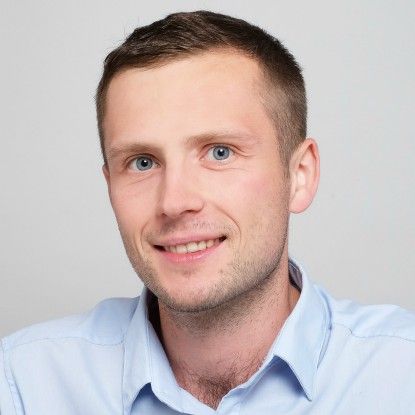 Andrzej has been working at RGI since May 2017, having previously cooperated as researcher in the INSPIRE-Grid project since 2014 at the Potsdam Institute for Climate Impact Research (PIK). In his work he combines aspects derived from social and political realities with the functioning of the energy systems. Currently, he is managing two Horizon 2020 projects: SENTINEL and WHY, aiming to improve existing and develop new energy models by applying diversified stakeholders' perspectives to them. He holds a Master Degree in International Relations from the Wrocław University and is completing his PhD at the Bavarian School of Public Policy at the Technical University of Munich.
t: +49 30 7677 19454
andrzej[at]renewables-grid.eu 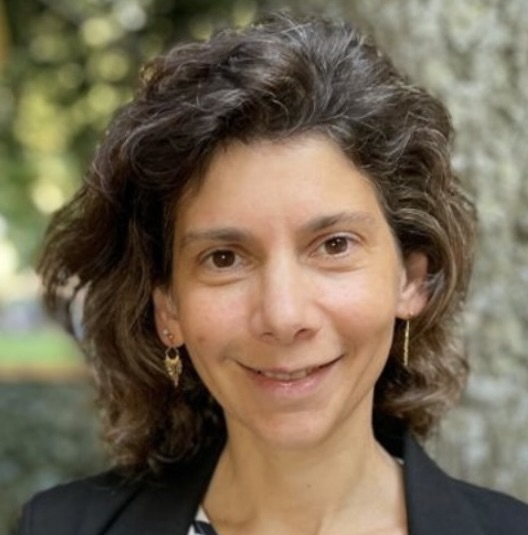 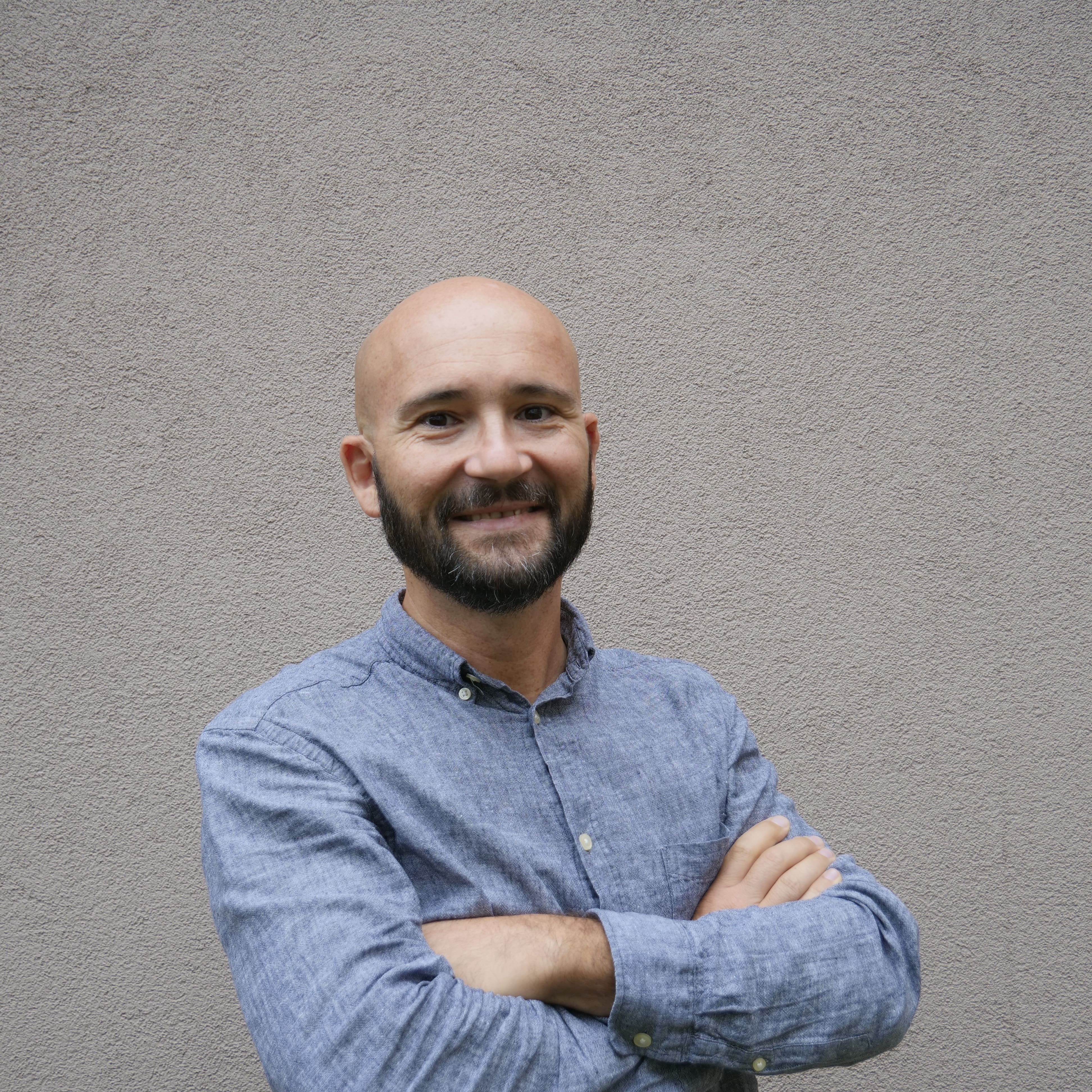