European civil society organisations map out the first-ever NGO-led energy scenario based on 100% renewable energy and looking at reducing carbon emissions by at least 65% by 2030. The analysis corroborates existing evidence, showing that Europe can achieve climate neutrality by 2040 and lead the rest of the world in the energy transition. 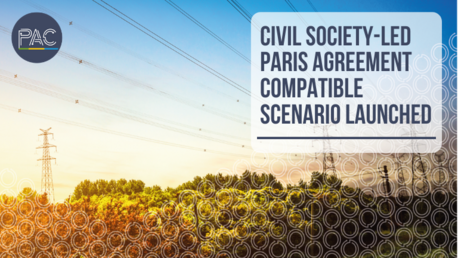 Non-governmental organisations led by Climate Action Network (CAN) Europe and the European Environmental Bureau put forward their “Paris Agreement Compatible (PAC) Scenario for Energy Infrastructure” on the virtual European stage today showing that it is possible to achieve:

It is the first time that civil society organisations have collectively developed such a scenario, making this an outstanding contribution to the urgently needed cross-sectoral and cross-societal debate on how Europe’s energy future should look.

The NGOs said the study is a beacon of hope in the fight against climate change, but they also called on European policy makers and energy infrastructure planners to show more ambition when drafting laws, targets and plans for our energy system.

Wendel Trio, Director of CAN Europe, said: “This scenario clearly shows that there’s only one type of barrier to being ambitious enough and limiting temperature rise to 1.5°: man-made ones. We have the technology, we have the resources and now is the moment for Europe to take transformational action.”

Jeremy Wates, Secretary General of the EEB, said: “This report shows that not only is climate neutrality possible, but it can also be achieved much earlier than suggested by the European Commission. It provides a roadmap for a healthier future and a more resilient economy based on clean energy and the principles of sustainability.”

The Renewables Grid Initiative’s CEO, Antonella Battaglini said: “Coinciding with the PAC Scenario launch, we have developed a ‘Request to Adapt European Energy Planning Scenarios’ supported by a broad group of energy actors. This Request stresses the need for planning energy infrastructure for a variety of scenarios - including those with very high shares of renewables and electrification - to better understand the options and the challenges ahead of us.” 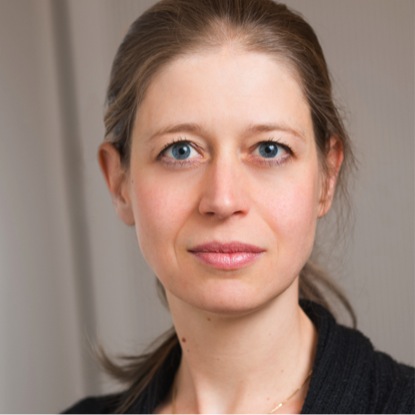 Antina Sander joined RGI in March 2012. She is responsible for the instigation and coordination of national TSO/NGO collaboration projects, for providing feedback to EU grid development processes and RGI's organisational planning. In 2011, Antina has finalised an MSc in Environmental Management and Policy at Lund University, Sweden where she has written her master thesis about grid expansion and public acceptance. The thesis "From 'Decide, Announce, Defend' to 'Announce, Discuss, Decide'" won the first prize of the "Ökostrom für Alle!" Award in 2012. Antina furthermore holds an MBA and has been working for seven years in the private sector (strategic management consultancy and in the consumer goods industry) and with the United Nations.
t: +49 30 7677194 58
m: +49 173 7196066
antina[at]renewables-grid.eu
Back