The second Modellers' Exchange Workshop was characterised by lively discussions, inspired by research from the Öko-Institut & Fraunhofer - IEE on the future role and potentials of power-to-gas technology in Europe. 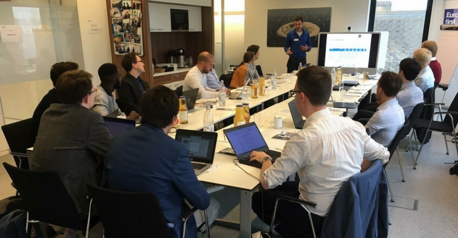 Lively discussions, inspired by presentations from Dr. Mathi as Koch (Öko-Institut) and Felix Frischmuth (Fraunhofer - IEE) on the future role and potentials of synthetic gasses in Europe characterised this second Modellers' Exchange workshop. It became clear that the potential climate impact mitigating effect of power-to-gas in Europe is dependent on a significant renewable (CO2 free) electricity surplus. In comparison, green hydrogen imports are most likely to be considerably cheaper than the construction of large European power-to-gas capacities.

Discussions focussed on the lack of a market model for competing flexibility options in a future system. This will be the focus of our third Modellers' Exchange Workshop.